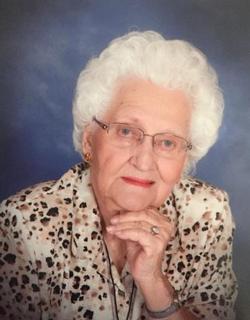 Bernadine Schwarz Lynch died Tuesday at the age of 89. She was born November 28, 1926 in Manchester, OK. the fourth child of Fred and Margaret Schwarz. Mrs. Lynch spent her early years in Manchester and Braman, Ok and attended and graduated from Dilworth Schools. She married Harold J. Lynch Jr. of OKC in November 1949. She raised 6 children on the family farm in South OKC and had worked as a homemaker and certified nurse aide before her death. During her later life, she was a volunteer with St. Vincent de Paul, the Legion of Mary and Trininty Gardens, where she had resided since 1997.