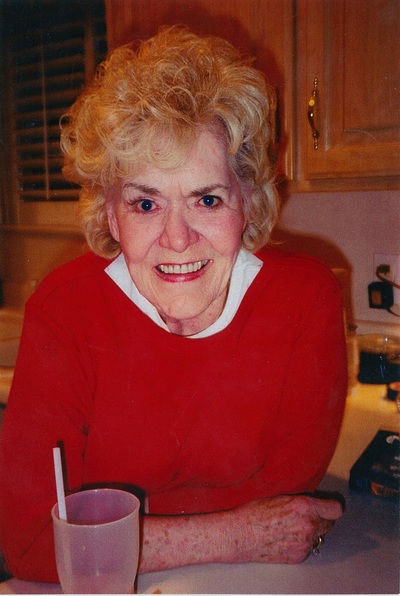 BETTY JO TIPS of Oklahoma City – Obituary
August 19, 1930 – September 6, 2019
Betty Jo Tips was born in Muskogee, Oklahoma, on August 19th, 1930 to Toney Lloyd Sidwell and Evajane Murrell Sidwell.  Betty was greatly influenced by her grandfather, James Samuel Murrell – a Pentecostal-Assembly of God preacher – and her grandmother, Carrie Jane Murrell, in Cushing, Oklahoma.  As a result of their influence she became a born-again Christian at the age of 13.
Preceding her in death were her parents, Toney Lloyd Sidwell and Evajane Sidwell, her husband, Thomas Ralph Tips and her siblings: Toney Wayne Sidwell, Johnny Sidwell, Herbert Ray Sidwell and Gloria Mae Wimer, as well as her son, Richard Sterling Smay in 1987.
Betty is survived by her daughter, Stephanie (Smay) Boosahda, her son-in-law, Wayne Boosahda, as well as her beloved grandson, Christopher Wayne Boosahda, her granddaughter, Natalie Bailey, her brother, Billy Eugene Sidwell and his wife, Lela Ann Sidwell, and her dear family friend, Joy Elizabeth Hellmann.  In addition, she is survived by Tim and Lupe Martinez, daughter and son-in-law of her late husband, Thomas Tips, and their daughters, Theresa and Jessica.
Betty Jo was definitely the life of every party and a larger-than-life personality.  She left a memorable impact on everyone she came in contact with.  She was a devoted mother and grandmother and was strongly tied to her beloved family.
She was a very highly effective entrepreneur and always had big dreams.  She began as a licensed real estate agent and since she loved decorating and designing homes, she eventually built a number of homes for others.  Becoming interested in business led her to becoming a successful stockbroker and in her later years developed Heisman Oil Company.

Betty spoke so often about how she had had a wonderful life! She seemed to bounce back from every heartache and moved forward. Near the end, she asked the Lord, “please take me home to heaven now. I’m ready to go!” So, at 89 years old, on September 6th, 2019, at 5:04 p.m. she passed peacefully into heaven and into the arms of Jesus her Lord. Free at last from sickness, pain, and tears she is now laughing and celebrating God’s infinite love with her family and friends, dancing on the streets of gold!