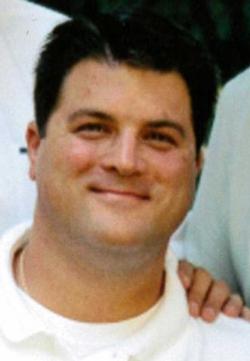 Bobby was unexpectedly called home to be with his Lord while sleeping on Monday. He was born in OKC to Bob R. and Diana G. Williams. He had lived and worked in OKC his entire life. He graduated from OCS in 1986 and attended Oklahoma Christian University. He loved and adored his family, especially his beloved children, Bradley, Emily and Macy Williams and his devoted dog Winston. He is survived by his three children, his parents, his brother Jonathan, sister-in-law Erin, and their children Jackson, Sylvia and Chloe of Roseburg, Oregon. His focus was always his children and family. He cherished spending time with his kids, watching old movies or anything that brought them happiness. He is also survived by his aunt and uncle, Jim and Sharon Brickman of Norman, several cousins, extended family and his North MacArthur Church of Christ family. May Bobby rest in peace with his heavenly father. Words can't express how much he will be missed. Visitation will be Friday, December 9, 2016 from 1-8 with family receiving guest from 4-6 pm. A service to celebrate his life will be at 11:00 am, Saturday, December 10, 2016 in the chapel at Buchanan Funeral Service.