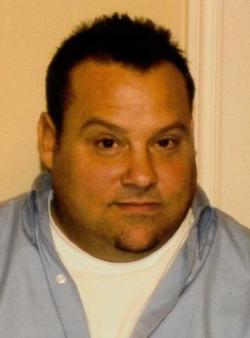 On June 5, 1970 our family was blessed with the gift of Bradley (Brad) Wayne Bell. What a blessing he was; his personality, ability to love and his quick wit, and so much more has been the center of our lives for over 46 years. On Wednesday, December 14, he relocated to his new home, Heaven. He brought light into our world. Today, our world is a darker place, but we find comfort in knowing that our Brad is at peace and will be spending Christmas this year with Jesus.

Brad spent 4 years as a child in Zimbabwe. It was here he acquired a love for people different from himself and developed a lifelong love for missions, soccer, and rugby. He witnessed a civil war as Rhodesia became Zimbabwe. He had many adventures and a lot of stories to tell. They were all true, even though most people didn't believe them.

Brad graduated from Putnam City West in 1988 and from southern Nazarene University in 1994. He attended language school in Costa Rica and traveled throughout the country with sports teams. He also participated in numerous mission trips to Mexico and Africa. A portion of his time on mission trips was spent entertaining children and making people laugh. As the ultimate Oklahoma University Sooners fan, he always anticipated that first football game of the year and traveled to many a-way games.

Brad has worked as a teacher, a coach, and a business owner. While coaching at Cooper Middle School, a favorite player was Sam Bradford, a Heisman Trophy winner and NFL player. Brad considered Sam to be one of the best people he ever met. He loved teaching and coaching and loved children of all ages. They all loved him as well.

Buchanan Funeral Services is entrusted with arrangements. Visitation will be on Sunday from 1-8 PM, with family visitation from 4-6 PM. A celebration of life will be 1:30 PM, Monday, December 19 at Crossings Community Church.