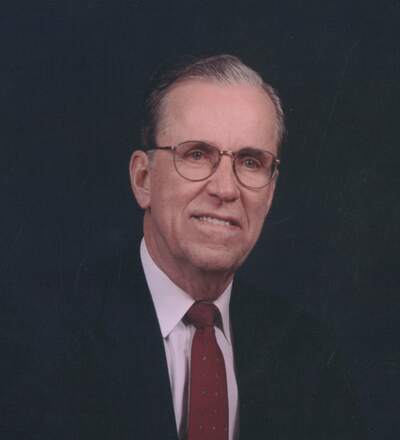 After proudly serving in the United States Air Force for four years during the Korean War, Carl began his career in the trucking business as a lease operator with H.J. Jeffries Trucking Company. He hauled oil field and heavy equipment for 15 years and worked as a dispatcher for another year. Carl then had the opportunity to begin selling trucks, first with White Motor Company and then with Oklahoma City Freightliner as Used Truck Manager. He enjoyed a successful career and retired after 23 years in sales.

Carl was an active member of St. Patrick Catholic Church for more than 50 years; he loved calling bingo and serving as an usher.

Carl was a 32nd degree Mason at Siloam Lodge #276 in Oklahoma City and a Shriner at India Temple in the Old Wheels Unit. Driving his spotless 1964 Studebaker Champ pickup truck in community parades was a highlight for years. And he was quite proud of the trophies he won at area car shows!

But his favorite activity had to be dancing with his daughters. A little Bob Wills. A lot of George Strait. Carl’s eyes would twinkle when he heard a good song, and he’d quickly turn a driveway into a dance floor. Even as his Alzheimer’s progressed, music provided a way to connect with Carl. He could remember a lyric until just recently and only stopped dancing when his body simply wouldn’t let him anymore.

Carl was preceded in death by his parents; his six siblings and their spouses; and his son-in-law, Dave Porter.

Mary and daughters are most grateful for the caregivers who supported Carl and the family so lovingly over the years. A special thanks to the staff at St. Ann’s Nursing Home, especially Bekki, Hattie, Kristal, Melanie, Revia, and Tasha, as well as Becky with Mercy Hospice for their years of special care.

Visitation was Thursday, August 20, 1-8:00 p.m. at Buchanan Funeral Service. Due to the current pandemic, family was not present.

The Mass of Christian Burial was a private service, but friends and family can watch by clicking on the following link: Carl Wittrock Service