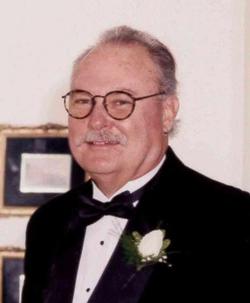 Carlton Ray Mayfield born August 26, 1941 in Colbert, OK passed away on September 9, 2014 at his home in Oklahoma City, OK. He was the son of Carlton and Edith Mayfield. Ray will be greatly missed by his three children, Keven Mayfield of Moore, OK, Chuck Mayfield of Tulsa, OK, and Chris Mayfield of Edmond, OK and 6 grandchildren. He was predeceased by his parents, and his wife, Kathy Mayfield.

Ray worked for the Oklahoma Department of Transportation for 42 years. The last few years at ODOT he recruited and trained civil engineers. He was a valued employee and contributed to the success of many co-workers' careers. He retired from ODOT in 2006, so he could spend more time at the lake and traveling with friends and his late wife.

The funeral services will be held Saturday, September 13th at 10 am at Buchanan Funeral Service, 8712 N. Council Rd., Oklahoma City, followed by a grave site service at Chapel Hill Cemetery 8701 NW Expressway, Oklahoma City. Visitation will be held on Friday, Sept 12th from 6 – 8pm at the funeral home.