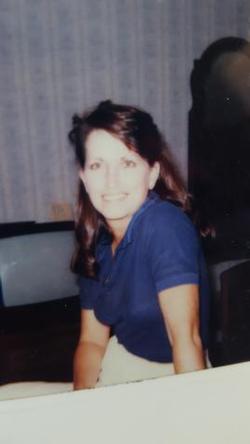 Carolyn Lee was born on November 1st 1941 in Blanchard, Oklahoma to Kenneth and Dorothy Smith. She was raised in Oklahoma and California. She graduated from Capitol Hill high school and went on to have 5 children. Her children were her life. She worked in insurance and as an Office Manager with many Doctors in Oklahoma, though the work she loved the most was being a mother. She enjoyed gardening, cooking, birdwatching and traveling. Most of all she enjoyed spending time with her children, grandchildren and great grandchildren. She was preceded in death by her parents Kenneth and Dorothy Smith, brothers James and Billy Paul Smith. She is survived by her children Melvin Winter and his wife Mi Sook Winter of Caddo Mills Texas, their children Jesse and his wife Liliana and their children Kaylee, Jayce, Jacob Winter and Isaiah Ceron; Angela Winter and her daughter Elizabeth;David Lee of Clear Lake Texas and his daughter Makenzie Lee; Kelee Walton and her children Zach and Gabriella of Phoenix AZ; Steve and his wife Sandy Lee and his daughter Kaitlin of Katy TX; Fred and his wife Rhea Ann Lee their children Lucy and Rebecca of Oklahoma City; along with her sisters Linda Bell and her children Garland, Rhonda and Aaron Bell of Oklahoma City; Trudy Borrelli and her daughter Angie Dycus-Gayhart of Oklahoma City; Jackie Clymer and her husband Dan of Blanchard with their children Christie Miller, Stephen Clymer and Shannon Clymer of Blanchard, Oklahoma; brother Kenneth Smith of Wyoming. She is also survived by many cousins, nieces, nephews and friends. She was fortunate to have 8 grandchildren and 5 great grandchildren.. She passed on March 10 2017 and will be greatly missed. Public viewing is set for Saturday, March 18th from 9-12:30 at Buchanan Funeral Service. Graveside services to follow at 2pm at Rose Hill Cemetery, 6001 NW Grand Blvd, Oklahoma City, OK 73118.