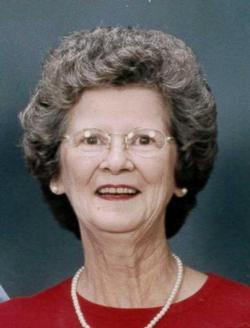 Margaret Priscilla Martin (Peg) was reunited with the love of her life, Bob Martin on Friday, February 10, 2017 at the age of 77. Peg was a devoted wife, mother, grandmother and friend. She was born in Newton, Massachusetts to Thomas E. Murphy and Anna M. Murphy on January 16, 1940. Peg graduated from Newton High School. Bob and Peg met and fell in love in Massachusetts, married, started their family and moved to Oklahoma City in 1971. She worked as a secretary in the purchasing department at Seagate where she retired. Peg enjoyed sewing, spending time with family and watching Bob play softball. She was preceded in death by her parents and her husband Robert H. (Bob) Martin. She is survived by her daughter, Kathy Butler and her husband Jerry; her son, Jim Martin and his wife Mary; sister, Pat Murphy; brother, Tom Murphy; 4 grandchildren, Kyli and Brock Butler and Cassidy and Megan Martin. She passed peacefully surrounded by family. We are heartbroken to have lost such a sweet, loving, creative and sharp-witted soul.