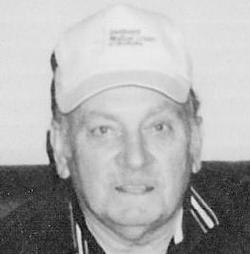 Charles, 75, passed away Friday, January 1, 2016. He leaves his wife of 36 years, Kaye Murray; daughters, Samantha Beatty, Laveda Hall and her husband Hale, Tamara McCay and Richard Laxton; son, Scot Ratcliff and his wife Amanda; sister, Lillian Frabotta; brother, David Murray; grandchildren, Cori Murray, Meaghan Beatty, Alisha, Amanda and Clay Barritt, Isaac McCay, and Caleb Ratcliff; his great grandchildren, Nevaeh and Maddox; and close friends Buddy Taylor, Sherry Leech and Bobby Clark. Born and raised in Oklahoma City, he was the son of Andrew Jackson and Lillie Mae Murray. He retired from Plumbers and Pipefitters Union Local 344 in 2000 after over 30 years as a journeyman plumber. He had a love for dogs, Goldwing motorcycles and guitars. A memorial service will be held on Tuesday, January 5th at 10:00 am at Buchanan Funeral Service. In lieu of flowers, the family has requested that donations be made to The Children's Center Rehabilitation Hospital in Bethany.