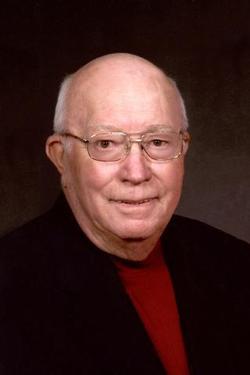 Don was born to Royal and Lillian Cline on July 18th, 1931. He was the youngest of six children: Elton, Hazel, Helen, Alice, and Rex.

Don went to high school at the now closed lake Valley School in southwest Oklahoma. After serving in the army two years, he went on to Cosmetology School and became a very successful hairdresser. He and his wife Doris owned salons in Oklahoma City, always working side by side. Don was the winner of many styling awards, and among them was the Oklahoma State Styling Trophy.

Don met and married Doris Scott in 1952. They had 63 wonderful years together. They had two daughters, Loree and Lisa, who Don loved deeply. They also welcomed a special friend, Julie, who he loved like a daughter.

Don was a long time member of St. John's UMC before moving his membership to Church of the Servant UMC. He sang in both choirs as well as serving on the leadership committee. He spent many wonderful years coaching the women's softball team at St. John's, where he was a father figure and friend to many. While coaching, the women went to Nationals three times.

He loved to play golf and was a long time "Ambassador" at Silver Horn. He was a member of the FOOLS golf club, where he found wonderful friendships. His favorite golf partner was his wife Doris, where they enjoyed countless hours on the course after their retirement.