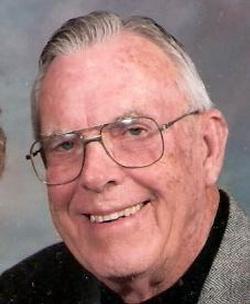 Charles Robert "Bob", age 86, went to be with our Lord on Sunday. He was born in Wichita, KS, to Charles and Embaline (Bowerman) Reynolds. He was raised in Oklahoma City and graduated from Classen High School. Bob entered the United States Army Air Forces and proudly served for two years during WWII. After returning home, he continued his education, graduating from the University of Oklahoma. He was a member of the Sigma Chi fraternity. While at OU, he met and married the love of his life, Kathlyn Roberts. They had just celebrated 62 years of marriage. Bob was a petroleum landman until he retired at the age of 80. Bob loved fishing, vacationing in Red River, NM, family Sunday dinners, being involved in the Young Men's Club, and faithfully serving the church choir for 35 years.

He was preceded in death by his parents and his beloved son, Jeff Reynolds. He is survived by his wife Kathlyn; daughter, Denise and husband Jack Leonard; daughter-in-law, Kirstin Reynolds; his sister, Marilyn and husband Bob Long; four grandchildren, Jennifer and husband Russ Andrews, Jessica and husband Jonas Huffman, J.C. Leonard and wife Amber, and Blake Reynolds; four great-grandchildren, Jackson and Vance Huffman, Ruby Leonard, and Kennedy Andrews; and numerous other family members and friends.