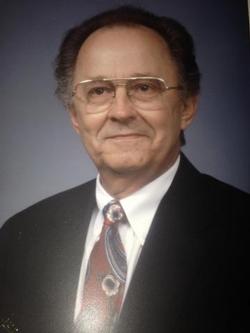 Charles Temple Bixler was born on June 5, 1930 in Watonga, Oklahoma to Harvey and Bonnie (Temple) Bixler. In 1950, Temple was called to active duty in the Army with the 45th Infantry Division and served combat in Korea. In 1951, Temple married Joan Vanlandingham. He then completed his LL.B. (Law Degree) in 1956 and was a part of the Andrews Davis Law Firm. In 1982, Joan died suddenly and Temple married Linda Kloiber Clemons. Temple was preceded in death by his parents and his first wife, Joan. He is survived by his wife, Linda, his children Perry, Reb, David, Laura, Jeff and his wife, Keri, and his special #1 Daughter (LOL), Patsy Jordan. He also had three grandchildren, Ashlee Bixler-Myers, Parker Clemons, and Karli Clemons, his brother, Bob Bixler and his wife, Bonnie. In lieu of flowers, contribution to a charity of choice can be made. Services will be held on June 10th at 2:00 p.m. at Buchanan's Funeral Home on 8712 N. Council, Oklahoma City, OK.