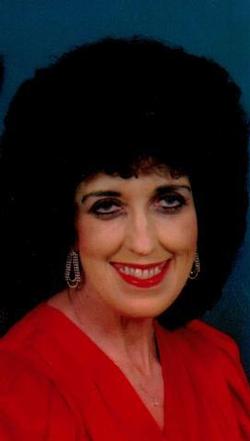 Doris Griffin-Guinn, 76, of Oklahoma City passed away June 4. She was born May 19, 1938 in Bennett, Texas to Thomas Wythe and Gladys Marie Poyner. She was preceded in death by her first husband Harmon Spencer Griffin in 1998.

She graduated from Northwest Classen High School, the first graduating class of that school. Dottie worked at TG&Y, Hunzicker Brothers Electric Company, Walter's Construction Company and as an optometrist assistant for Dr. Camp. She was known as Miss Dottie to countless children due to her volunteer work at Children's Hospital and her service to the Lord as a Bible school teacher. She loved to cook and bake, sharing her talent by catering weddings, special events and office birthday celebrations. She worked at Cake Decorator's Delight, sold Avon and served as an administrative assistant at United National Indian Tribal Youth, Inc.

Of Kiowa-Comanche decent on her mother's side, Dottie worked with Native American youth leaders throughout North America at UNITY, Inc. She traveled with the organization, assisting with summer leadership conferences in major U.S. cities and mid-year events in Washington, D.C. She was nominated for KOCO Channel 5 Five Who Care Award for her work at UNITY, Inc. She helped coordinate the Andy Payne Memorial Foot Races, honoring one of the state's greatest runners.

Dottie married Don Guinn on March 1, 2003. Survivors include her husband, Don; her daughter Tonya Marie Griffin Woody and her husband Vaughn of Oklahoma City; her son William Wythe Griffin and his wife Kelly Dawn Rosenthal Griffin and their son, Gavin Wythe Griffin, all of Piedmont. She is also survived by her brother Keith Poyner of Seguin, Texas.

Additionally, she is survived by her stepson Larry Guinn and his wife Barbara of Oklahoma City and Grand Junction, Colorado; and stepdaughters Jewel Watts and her husband Wayne (Donnie) of Yukon, and Anita McCord and her husband Mike of Choctaw. Doris is survived b her nieces Monique Deon, Marie Sullivan, and Judy Poynor, as well as her nephew, Freddie Poynor. She is also survived seven step-grandchildren and five step great grandchildren.

Memorial contributions may be made to United National Indian Tribal Youth, Inc. or the American Lung Association.