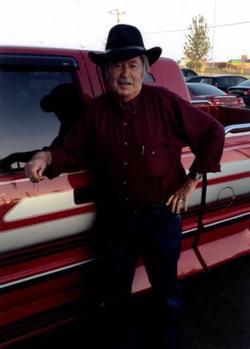 In the following years, Charles was active in the community as a member of Farm Bureau, a binger school board member, class parent for the graduating class of 1965 and served in the Army Reserves.

Charles started his farming career in 1954, with peanut crops, in Caddo County. In 1967, he was the first and largest producer of Irish potatoes in Oklahoma. He continued farming and formed a partnership with Market Pre Pac., by the name of M&W Farming Corp. Charles was always working with colleges and government agencies to find ways to improve crop production, as well. Then in 1983, he began a new chapter in his life by moving to Oklahoma City and starting a new business, Charjan Trucking, for 30 years before retiring at the age of 78.

Charles is preceded in death by: his father, Clifford Wright, his mother, Ruth Wright and Doris Wright Martin, the mother of their 3 daughters.