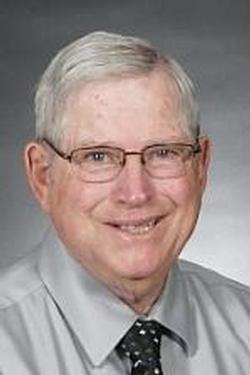 On April 5, God called his loving son home. Pat was born December 6, 1933 in OKC. During the Korean War, he proudly served in the Navy. Pat graduated from OCU with a degree in Accounting. He also was a 4th Degree Knight in the Knights of Columbus. Pat was a kind soul, respected by many, and will be sorely missed. Pat spent fifty years in the automobile industry.

Pat was preceded in death by parents Thomas J. and Mary E. McConville; brothers, John Robert, Tommy, Hugh, Bernard, Eugene, and James, and sisters Mary Catherine Laurence and Elizabeth McAuliff. Pat was the youngest; they are all together now.

Prayer Vigil 7 pm Tuesday, Buchanan Funeral Home Chapel. Funeral Mass at 10 am, Wednesday, Church of the Epiphany, with interment in the Resurrection Cemetery.