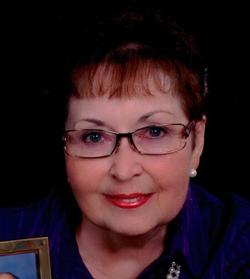 On July 7, 2014 our family and our extended Christian family lost a warrior in prayer, faith, commitment, and sacrifice. In 1952, our amazing mother married at 16 and followed Reuben, her 19 year old Mexican -American Missionary husband into the jungles and cities of Cuba. Together, they planted several churches. They came back to the U.S. to have their first of four sons. Not only did she follow her husband to Cuba, but all across the U.S. bringing the Word of God to anyone who wanted to hear the message of salvation. With all this, she still managed to play the piano and organ and was a full time pastors' wife and fulfilled all the expectations this role brought with it. Later in life she cared for one of her sons until he lost his life. She then assumed the role of grandmother and mother to another son and his kids when he lost his wife at age 33. We know she is in God's presence as He hands her many crowns and says "Well done thy good and faithful servant".

She was preceded in death by her parents, Liston and Mildred Coffey; husband Reuben, son Tim, daughter-in-law Laurie, brother Liston, and sister Frances.

Services to celebrate her life will be Thursday, July 10, 2014 at 10:00 AM in the chapel of Buchanan Funeral Service with burial at 4:00 PM in Mt. Olivet Cemetery in Hugo, OK