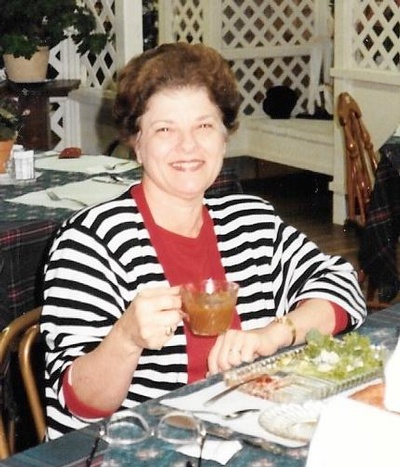 Cliffa Jean Belinski was born April 22, 1935 in Duncan Oklahoma to Clifford and Marguerite English.  She was the second of two children born that day with her twin sister Jean Ann coming just seconds before her.  They were inseparable growing up and kept in contact until the end.  Cliffa attended the University of Oklahoma and graduated June 12, 1958 with a Bachelor of Science in Education.  While she was at the university she met the love of her life, Leslie Belinski.  They were married at the First Presbyterian Church in Duncan Oklahoma on July 12, Les, being a Petroleum Engineer, started their life in Odessa, Texas. They eventually moved to Calgary, Alberta in Canada, where Les was from, and had two children, Brian and Jeff.  In 1972 they moved to Yukon, Oklahoma where they would remain.  Cliffa would occasionally do some substitute teaching in the Yukon school district but her main job was the perfect mother and housewife.  She was deeply religious and always found the good in everyone. Her final years were spent at the Rivendell Memory Care facility where she entertained and was loved by her caregivers.  She was preceded in death by her husband Les, her son Jeff, and her brother Jerry.  She is survived by her son, Brian, her sister, Jean Ann, and many grandchildren and great grandchildren.  Services to celebrate her wonderful life will be held on Saturday, January 26, 2:00 PM, at Buchanan Funeral Service Chapel.