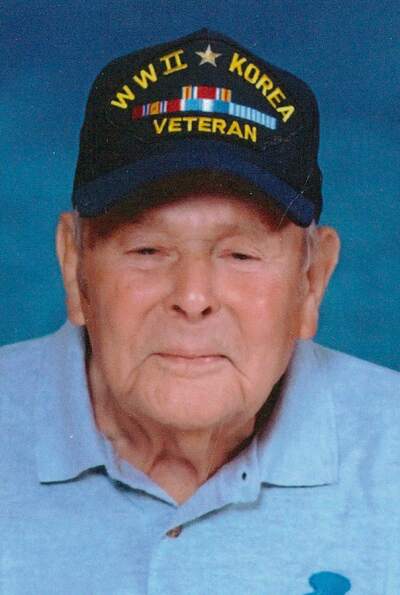 To view the service for Clifford Lewin please Click Here.

Clifford Herbert Lewin, 99, of Sandwich, IL, formally of OKC, passed away on Dec. 2, 2020. He was born on Sept. 23, 1921 in The Bronx, NYC. He married Gladys Halsey on Aug. 2, 1954 in Columbus, GA and they remained married until her death in 2010. They raised 5 children together while Cliff was in the military. He retired from the U.S. Army and the Department of Justice. Cliff served during WWII under General George Patton and was also a veteran of the Korean War. He earned many medals and awards, including the Purple Heart.

He is survived by his daughters, Glenda  Hufnagel of Norman, OK and Jennette Pruitt of Duncan, OK; his sons, Dennis Lewin of Kalispell, MT and Duane Lewin of Sandwich, IL; as well as many grandchildren and great-grandchildren.

He was preceded in death by his wife Gladys; his parents; his son William K. Lewin; and his brother, Daniel Lewin.