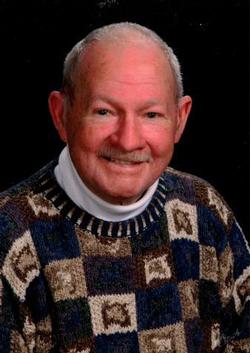 Curtis,
Conny Leon, age 75, of Oklahoma City, went to be with his Heavenly Father on September 19, 2012. He was born October 10, 1936, in Panama, Oklahoma, to Lon and Mamie Curtis. Conny attended John Marshall High School and Tulsa University. He served his country honorably in the US Army for three years, one year of which was on assignment to the Atomic Energy Commission. Conny was a member of New Hope Methodist Church and Britton Masonic Lodge; past member and president of the Estimators Association; and past member of the Associated Construction Distributors International. He was Member Emeritus of The Associated General Contractors of Oklahoma, where he was named 1995 Associate of the Year.

Services to celebrate his life will be Monday, October 1 at New Hope United Methodist Church.

The family requests donations be made to New Hope Methodist Church Building Fund or Hospice of Oklahoma County.