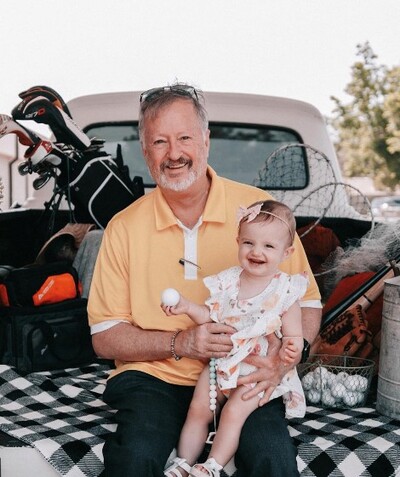 Daniel (Danny) Lewis Nix was born on July 1, 1958 in Oklahoma City to Bobby and Mary Nix. He was preceded in death by his parents. He is survived by his wife Esther, his son Bryan, his son Seth and wife Madeline, his adorable granddaughter Galia and his brother Tommy Nix.

Danny graduated from U.S. Grant High School in 1976 and attended Southwestern Christian University from 1976 to 1979. While at SCU, Danny was involved in Student Senate, Great Life Singers, Choir, Musicals, and Intra-mural sports.

He met the love of his life, Esther, at SCU and they married in 1979. In 1985 and 1991 respectively they welcomed their two sons into the world. Throughout the years, the Nix family has been very devoted in their service to both the local and global body of Christ.

Danny had a career in audio/video and lighting where he worked as the Sales Manager for 23 years at AVL Systems Design LLC, which was one of the Top 50 Metro Award Winning Companies. Over the years, Danny has been the sound engineer for Cathedral of Praise World Outreach Center, Victory Church, River of Life, and Passion Church. He has had the great privilege to be the sound engineer for concerts and meetings for Andrae Crouch and the Disciples, the Imperials, Ron Kenoly, Mark Lowery, Dwight Thompson, Oral Roberts, Tony Miller, and Kirk Sullivan. He is known in the Oklahoma City area as “Mr. Sound.”

At SCU, Danny was the “Voice of the Eagles” for over ten years and Alumni President for seven years. He has taught classes on technical skills and equipment, sang at alumni events, served on the SCU Board of Trustees and served as Alumni Representative on numerous committees/boards. Danny was instrumental in the founding of the SCU Fine Arts Hall of Fame. Last month he was honored to receive the Alumni Servant Leadership Award presented by President Tom Murray.

Danny and Esther have served as youth pastors, choir members, Fine Arts Directors, and on Elder/Leadership Boards. They were on the pastoral staff at Passion Church and were part of the church planting team. For the last five years Danny also had the honor of serving on the EVUSA Council and was selected to be the Acts2Day Conference Treasurer.

Danny will be greatly missed by his family, friends, and the body of Christ that have been  deeply impacted by his life and his love.