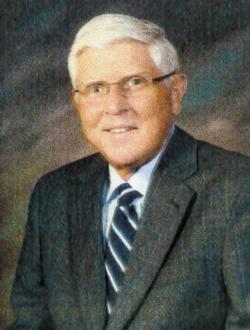 Darrell Wayne Marshall, 66, took his place in Heaven on September 11, 2014. He was born in Enid, OK on August 2, 1948 to Steven and Clara Marshall. Darrell graduated from Choctaw in 1966 and went on to complete his Bachelor's degree in Physics from Central State University. He married his high school sweetheart, Karen Taylor, with who he shared 46 amazing years. Darrell served in the United States Army, and received an honorable discharge in 1976. He retired after a long and fulfilling career with Enogex in Oklahoma City in 2012. Darrell's greatest love was his family. He enjoyed spending time with his children and grandchildren. He loved to hunt, fish, play golf, and spend time at Lake Texoma. Darrell was an avid sports fan who passionately cheered on his beloved Oklahoma Sooners and OKC Thunder. Darrell leaves behind wonderful memories that will be cherished by his wife, Karen: daughter, Robin Presley and her husband James Presley; son, Ryan Marshall and his wife Jennifer; grandchildren, Alison Edwards, Ty and his wife Haleigh Errico, Lauren Errico, Megan Errico, Cooper Marshall, and Drew Marshall; great-granddaughter, Kileigh Mixon; brother, Leonard Marshall, and sister, Ramona Marshall; and numerous nieces and nephews. He was preceded in death by his mother and father, Steven & Clara Marshall; sister, Nonnie Kay; nephews, Brad and Chad Arnold, and John Perkins. Darrell was a member of the Holy Trinity Lutheran Church in Edmond, Oklahoma where his memorial service will be held on Tuesday, September 16, 2014 at 2:00 pm. Memorial may be sent to Alpha-1 Foundation, 3300 Ponce de Leon Blvd, Coral Gables, FL 33134.