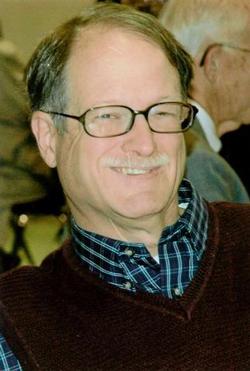 David was born in Bartlesville, OK to Dorothy Ethel (Baum) and John Gordon Allen. He served proudly in the U.S. Navy including foreign postings to Morocco, Germany, Philippines and the coastal waters of Vietnam. He was a free-lance sports and commercial photographer in Oklahoma City for thirty-one years. His photographs have appeared in numerous books about the 1995 Oklahoma City bombing and related topics. His work has been exhibited in one-man and group shows; ten of his images were selected for permanent exhibition in the Oklahoma City National Memorial Museum. David never met a stranger; once a friend, always a friend. He was a long-time member of the United Methodist Church. David was preceded in death by his parents. He is survived by his wife Debbie; 2 sons, Matt Allen and wife Sally, and Mike Allen; grandchildren, Mason, Sophia, and Joseph; sister Patricia Upham; brother, John Allen and wife Rita; and other relatives and friends. Services to celebrate his life will be 1 pm, Monday, April 27, 2015 at Chapel Hill United Methodist Church with burial and military honors to follow at Chapel Hill Memorial Gardens.