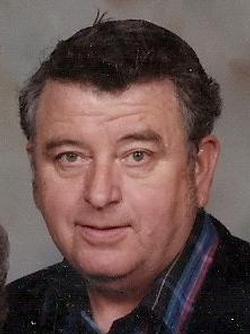 Joseph Patrick O'Toole, 82, went to be with his Heavenly Father on March 31, 2015. Joe was born in Brooklyn, New York on January 15, 1933. He was raised in Brooklyn by his father Martin and his "Irish" grandmother Catherine O'Toole. He had stories of growing up in New York City and relished his Irish roots and family connections. In 1950 Joe joined the USAF as a radar technician stationed in Anchorage. He made his way to Oklahoma City, and in 1954 married a beautiful young nurse named Joretta Nugent. As newlyweds, they moved to Minneapolis and then Brooklyn as Joe started his career with General Electric Credit Corporation. In 1960 Joe and Joretta moved to Phoenix with their young son, Paul. In 1965 the family, including daughter Carol, moved to Oklahoma City as Joe continued his accounting career with GECC. The family continued to grow with daughter Mary and son Michael as they settled into their Bethany, Oklahoma home. Joe and Joretta raised their four children with great love, lots of hard work. The family has many fond memories of loading up the station wagon and taking camping trips to the Ozarks, Tennessee and Arkansas. Joe retired from GECC after 30 years and started working at Tinker AFB until 1995. After retirement, Joe and Joretta became winter Texans spending the past 20 years living the "cold" winter months in Mission, Texas. Joe loved his winter home and looked forward to returning each year. His time in south Texas was full of volunteering at the library and the community center, bringing grapefruit home to Oklahoma friends, and traveling to Mexico. Joe was a history buff and relished documentaries and the history channel. He spent hours reading and loved his books, especially Louis L'amour westerns!

Joe was a devout lifelong Catholic who found comfort and guidance through his faith and was a member of St. Charles Borromeo Catholic Church for 50 years.

A graveside service will be held at 9:30 am on Monday April 13 at the El Reno cemetery. A funeral mass will follow at St. Charles Borromeo Catholic church at 11am. Donations in his memory may be made to The Jude Ranch Animal Sanctuary, P.O.Box 30021, Edmond, Oklahoma or to the Salvation Army.