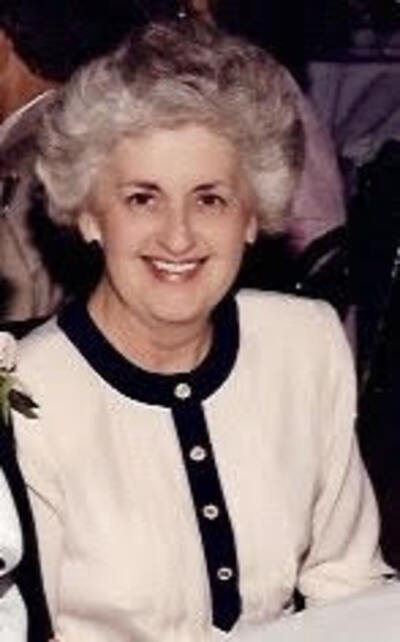 Deanna Gayle Milford Hannah left this earthly world to rest in the arms of her Heavenly Father on February 25, 2021. She was born on May 15. 1939 in Byars, Ok to Glen and Hazelle Milford. Deanna was the little sister of Darla and often lamented the trials of the middle child. After a brief stint in California, the family moved back to Oklahoma and settled in Velma where Glen owned and operated the local grocery store.

In 1952, little sister Debbie joined the family. Deanna graduated from Velma Alma high school in 1957 as class valedictorian- a fact she never let her family forget. From there she spent a year at Abilene Christian University where as she tells it, she had too much fun and would’ve flunked out. She attended Oklahoma State University from 1958 to 1961 when she obtained her business degree. Those who knew Deanna knew she bled orange and black until her passing.

Deanna married the love of her life, Roy Michael Hannah, in 1961 at the Velma Church of Christ. From there they moved to Canyon Texas where she worked for Abilene Christian School as a secretary.  They then moved to Edmond to complete Mike’s degree, while Deanna worked for Baroid Mud Company. She completed her certification during that time to teach elementary school. Deanna and Mike both began teaching for Putnam City Public schools in 1964. This began her 28 year career as an elementary teacher. In 1967 Deanna continued her lifelong love for learning by completing her master’s degree in education. She taught every grade but sixth and was known as a tough but loving teacher.

Mike and Deanna’s only child, Holly Michelle, was born in 1970 and Deanna stayed home with her until she went to kindergarten. At that time, Deanna taught at the same school Holly attended, Lake Park Elementary. During her time in the Putnam City School system she taught at Overholser, Lake Park and Central Elementary. At all three schools, Deanna made precious teacher friends.

In a brief interlude of her life, she opened The Saucy Chef cooking store in Oklahoma City with good friend and partner, Sue Brown. They closed the store after the oil bust of the 80s and Deanna returned to teaching. After touching the lives of thousands of students, Deanna retired in 1998.

Deanna and Mike welcomed son-in-law, Chanc Bergbower, to the family when Holly married in 1999. Chanc was maybe the only man who could win this fiercely protective mother-in-law over. He soon became a favorite of hers.

Deanna’s second love of her life was born in 2001 when grandson, Finn Michael Bergbower was born and the third love of her life was born in 2003 with the birth of Sutton Robert Bergbower. All her preconceived notions of not being an over the top grandmother were tossed to the wayside as she decided then and there they could do no wrong. That belief stayed with her until her passing.

She is survived by her husband of sixty years, Mike of the home, daughter Holly Bergbower, son-in-law Chanc, grandsons Finn and Sutton of Stillwater, OK, sister and brother-in-law Darla and Gerry Lynn of Broken Arrow, and nephew Terry Lynn and wife Angie of Broken Arrow, their children Allison, David and Ryan and nephew Tim Lynn of Broken Arrow and his children Jacob and Maddie Lynn. She is also survived by sister and brother-in-law Debbie and Chris Quinn of Tulsa and their children Stephenie and Jeremy Brewer, Heather and Dave Hatfield, Jeff & Heather Quinn, Brad Quinn, and Colby and Lena Quinn as well as grandnieces and nephews, Sierra, Lorelai and Isaac Brewer, Sophie, Hudson and Adam Hatfield and Alex and Logan Quinn.  Deanna will be sorely missed. In lieu of flowers, make donations to: In Search of the Lord’s Way or Alzheimer’s Foundation of America.