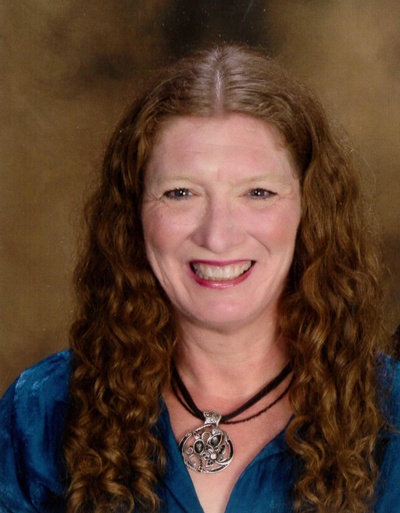 Debbie was born in Midwest City, OK, December 2nd, 1962, and died December 20, 2017. She is survived by her husband, Gary Jones; two children, April Rodriguez and Tabitha Lovell; parents, Jim and Marilyn Ramsey; two sisters, Melodie McCalister and husband Rick and Tiffanie Drew; 5 grandchildren, many nieces and nephews, and one great nephew; and aunts/uncles and cousins.

She was the oldest of three daughters and the first grandchild on both sides of the family. She was raised at Meadowood Baptist Church and became a Christian at age 9. She graduated from Midwest City High School and got her Associates Degree as a Medical Assistant from Moore/Norman Vo Tech. At the time of her death, she was a cashier at Walmart where she had worked for many years.

On December 21st, 2012, she married Gary Jones, who loved her dearly. They enjoyed gardening, traveling, and working on their house. She enjoyed bird watching and collecting rocks. She was loved by family and friends and will be missed.