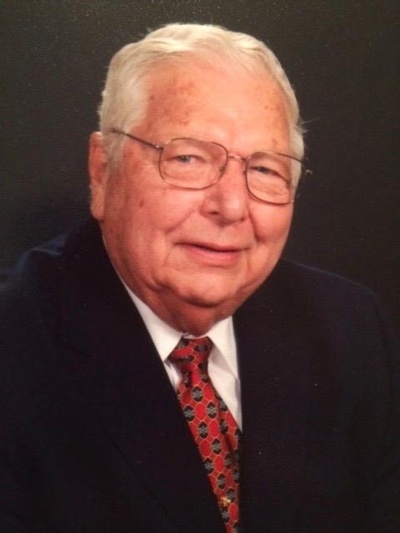 Harold proudly served his country in Korea as a US Army Technical Sergeant.  He joined the US Army in Fort Sill, OK in the summer of 1951 then served in the Korean War as a Combat Infantryman.  He joined the 5th Regimental Combat Team (RCT) and served in Tokyo, Japan; Incheon, Pusan, Punch Bowl, Korea.  Harold fought in the trenches located on the Northern rim of the infamous Punch Bowl, Korea.  The elevation was 4,500 feet.  The 5th RCT defended this position during the winter of 1952-1953 when the temperatures reached 30 degrees below zero.  In the summers, temperatures exceeded 100 degrees.  It was a four to five hour jeep ride to the nearest MASH unit.  He fought on the front line until he was honorably discharged in 1953.  During his tours of duty, he was awarded: US Army Presidential Unit Citation, Republic of Korea Presidential Unit Citation, 3 Bronze Stars, The National Defense Medal, 4 Korean Service Medals, The United Nations Korean Service Medal, The Republic of Korean War Service Medal, The Combat Infantry Badge, US Army Marksman, and the Korean War 50th Anniversary Medal.  Until 2016, Harold continued to reunite annually with members of the 5th RCT.

Harold had a 31-year distinguished career with Dowell.  He served as the Senior General Internal Auditor for the majority of his career traveling to offices and oil field operations in 35 states.  After retiring, he consulted for Dowell for an additional three years.

Harold met the love of his life, Dorothea Jean Jenkins while working at Dowell in 1955.  Harold and Jeanne were married at Zion Lutheran Church in Oklahoma City on March 17, 1957.  They had two children: Glenda and Jerry.  In March 2017, they celebrated their 60th wedding anniversary.

Harold and Jeanne enjoyed hosting family and friends at their Eufaula lake home.  He loved teaching his grandchildren how to fish and drive the boat.  They blessed their family by modeling God’s living lessons and showed them examples of how to be parents.

Harold enjoyed traveling to 49 states.  He and Jeanne traveled across the US.  They traveled to Spain, Algiers, and the Rock of Gibraltar in 2001.

Harold served as a member of AMBUCS working to fulfill their Mission of Creating Mobility and Independence for People with Disabilities. Harold volunteered as a patient driver for individuals needing transportation for treatments with American Cancer Society.

He is preceded in death by his parents: Ira & Dorothy Haynes.  His brothers: Orval and Glenn Haynes.

Harold is survived by his wife of 60 years, Jeanne of OKC; daughter Glenda Crouch, son-in-law Steve Crouch and their children Kelsey and Connor all of Keller, TX; son Jerry Haynes, daughter-in-law Kayla, and their children Kyle, Justin and wife Ali all of Kingsport, TN and Katie of Sterlington, LA.