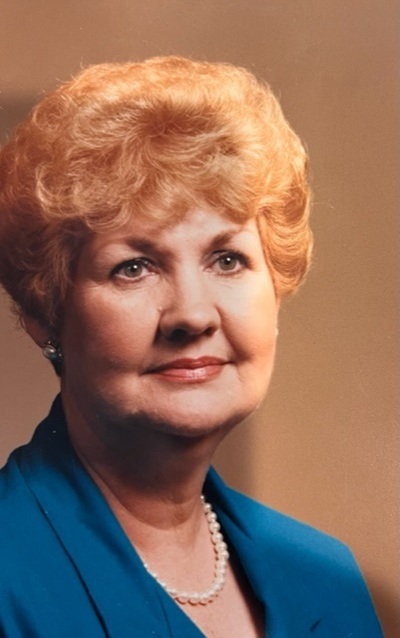 Dixie Lou Shirky lived a blessed life of 88 years. After a short illness, she fell asleep in the Lord on May 9, 2022.

Born to Paul and Madeline Bradshaw on Aug. 12, 1933, in Bogard, Mo., Dixie was the oldest of seven children. She met the love of her life, David Shirky, while working at the soda fountain in Fellers Drug Store in Carrollton, Mo. Shortly thereafter, David headed to naval boot camp. They married on Dec. 19, 1951, after six dates and months of correspondence. Dixie, the girl who had never traveled far from home, boarded a train to join him in Fall River, Massachusetts, where he was stationed. They were married for 50 years. She devoted her life to her husband and two daughters, Susan and Barbara.

Dixie had joy in serving as a home-room mom, scout leader, Sunday School teacher, Vacation Bible School Director and later as Youth Leaders (with David) at church. She was an avid reader and loved mystery novels but spent many hours in Bible study and prayer. In her later years, she led a weekly prayer group.

She began a banking career as a teller in 1964 and worked nearly 30 years, but her family and church were always the focus of her life. Dixie was a woman of grace and style with deep and abiding love and loyalty. She leaves a legacy of generosity towards her children and grandchildren but her heart of mercy towards those in need was her greatest gift.

She was preceded in death by her parents, her husband, David, and three brothers; Jim, Ed, and Kenny Bradshaw. She is survived by her daughters, Susan Wallace and husband, Mark, of Oklahoma City, Barbara Carter and husband, Kevin of Prairie Village, KS; 7 grandchildren, Sara Beck and husband, Justin; Emily Garret and husband, Jonah; Will Carter, Mary Carter, Andrea Baca and husband, Brandon; Allison Simon and husband, Marek; Amy Deeb and husband, Edward; 15 great-grandchildren and many nieces and nephews. She also leaves 2 sisters, Mary Brock and Helen Thate, and brother, Everett Bradshaw.

In lieu of flowers, expressions of sympathy can be made to: St. James Orthodox Church, 826 S. Hall St., Stillwater, OK.  74074  (or the Give Tab on www.since33ad.net) or World Central Kitchen at www.wck.org

Funeral services will be Monday, May 16, 10:30 AM at St. Elijah Orthodox Church, 15000 N. May Ave. in Oklahoma City. Interment will be at Resurrection Cemetery 7801 NW Expressway, Oklahoma City.