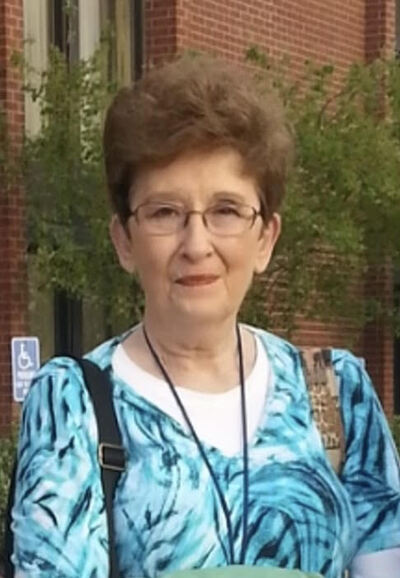 To view the livestream of Genene’s service, please click here.

Cloyce “Genene” Mills, 81, of Yukon, passed away Sunday, May 8, 2022, at Integris Hospice House, in Oklahoma City.  Mrs. Mills was born in Sayre, Oklahoma, on August 31, 1940, to Walter Hale and Velma Adaline (Hamitt) Thompson.  Genene graduated from Sweetwater High School in 1958, and while working in a Sayre drug store, she met the love of her life, Floyd Dean Mills.  They were married on July 30, 1961 and spent the next fifty-seven wonderful years together before his death on December 6, 2018.  Genene was a telephone operator for Southwestern Bell before taking up cake decorating.  She later worked at Cake Decorator’s Delight, making cakes and teaching classes.  They established their first home in Elk City and later lived in Oklahoma City, Wewoka and Clinton before returning to Oklahoma City, where they retired.   They moved to Spanish Cove in Yukon in 2017.  A longtime member of the Drexel Church of Christ and later the North MacArthur Church of Christ, Genene loved traveling, taking photos, Thunder Basketball and beating her grandchildren in board games.

Preceded in death by her parents; her husband; one brother, Loren Thompson and an infant grandson, Zachary Kane, Genene is survived by two daughters, Rhonda Shaver and husband Jim of Yukon and Kim Kane and husband Chuck of Yukon; one sister, Darlet Thompson of Yukon; one brother Claudy Thompson and wife Joy of Stinnett, Texas; five grandchildren, Bailey Murrah and husband Jonathan, Miranda Shaver, Garrett Shaver, Mackenzie Kane and Cassidy Kane; one great-granddaughter, Ruth Murrah along with many other relatives and friends.