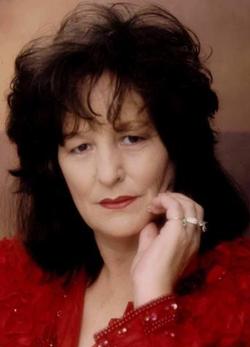 Donna Gayle Melhorn was born on December 10th, 1947, at Eglin Air Force Base Hospital in Jacksonville, FL to Carl and Mary Melhorn. After some travels during her youth her family settled in Wilburton, OK, where she graduated from Wilburton High School in 1965; she later graduated with a bachelor's degree in criminal justice from Central State University (now the University of Central Oklahoma) in 1993.

Donna married Ronnie Lee Banks of Oklahoma City, OK in 1975, and they lived in Oklahoma City until her death. Donna was an avid reader and had a keen eye for fashion. She loved to travel and also loved to play a variety of card games. But what made her happiest of all was her family, especially being a grandmother and great-grandmother to 4 grandkids and 3 great-grandkids.

She is survived by her husband Ronnie; her son Todd Akins and wife Tonya Camren; her sisters Linda Vaughn and Jeannie Messina; her half-brother Charles Derrick; her brother-in-law Emanuel Bell; her longtime friend Betty Taylor; her niece Ronita and her husband Scott; her nephew Robert and his wife; her grandchildren Whitney, Jonathan, Ozzdun and Ashley; her 3 great-grandchildren; and numerous family and friends from Oklahoma and Tennessee. She was preceded in death by her parents Carl and Mary; her son Wayne Patterson; her grandson Kirsten Camren; and her sister-in-law Mary Ann Bell.

Services to celebrate her life will be held at 2:00 PM on Thursday, Sept. 11th at Buchanan Funeral Service in Oklahoma City, with a grave side service to follow at Resurrection Memorial Cemetery.