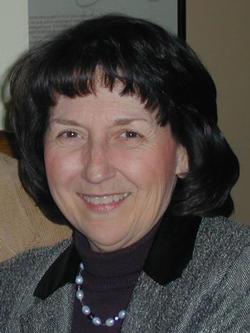 Donna Kay Harris died peacefully, Wednesday, April 16, 2014, surrounded by her loving family in Oklahoma City. Her death was due to complications resulting from cancer. She was 71.

Born August 18, 1942, in Waynoka, Oklahoma, she was the daughter of the late Harold James and Helen Louise (Pierce) Dedrick. The family moved eventually to Stillwater, where Donna graduated from Stillwater High School in 1960. She attended Oklahoma State University then moved to Tulsa, Oklahoma, to accept a job with aerospace manufacturer McDonnell Douglas. There Donna met her future husband, Ronald Lee Harris. They were wed in December 1965, forming a bond that resulted in a 44-year marriage.

Family members include her two sons, Stace James Harris and Thad Spencer Harris, and Stace's two children, Katelyn Grace (13) and Tyler Jacob (almost 11), who meant everything to her. Donna is also survived by her devoted brother, Darrell R. Dedrick, retired dentist, now of Seiling, OK, and his children, Dana, Angela, and Andrew, as well as by Ron's brothers, Kenneth (and Suzanne) Harris and Dave (and Susan) Harris, his sister Kalen (and Rick) May and their seven children. Next to her personal family, the love of Donna's and Ron's lives was their family cabin on a steep mountain in Lake City, Colorado. They frequently welcomed family and friends to share in their love of nature, fishing, companionship, and great food at this comfortable mountainside, lake-view home. Donna also loved to spend special time with her treasured grandchildren, read, cook, play tennis, garden, do cross-stitching, work puzzles, and enjoy the company of special friends at her "Tuesday Lunch Bunch." She also had lunch frequently with a close group of high school classmates in Stillwater. Friends were a very important aspect of her life, and she devoted a great deal of time keeping in close touch with them. No interest or activity was more special to Donna and Ron than attending a variety of OSU sporting events and spending special time together with friends and family at their country home south of Stillwater.

The family expresses their deep, heartfelt appreciation for the exceptional care that Dr. Michael Keefer and his staff provided to Donna during her battle with cancer. The service will be held at 10:00 a.m., Monday, April 21st, at Grace United Methodist Church, 6316 North Tulsa, Oklahoma City, with the Reverend Ed Light officiating. Arrangements are under the direction of Buchanan Funeral Service, 8712 N. Council Road, Oklahoma City OK, 73132; Phone: (405) 722-5262. Burial will follow at 2:00 p.m. at Sunset Memorial Gardens in Stillwater, OK. The family suggests memorial donations to the American Cancer Society, P.O. Box 22718, Oklahoma City, OK 73123-1718.