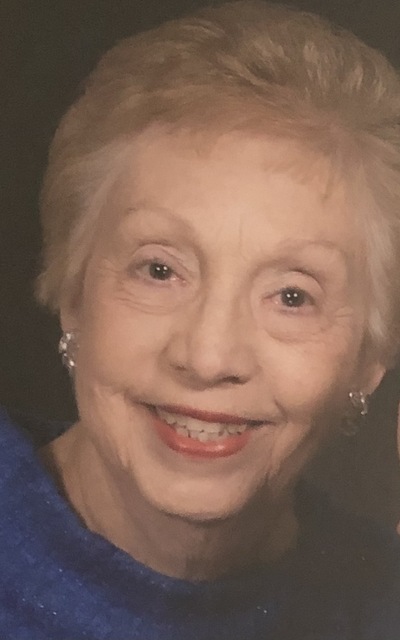 Dorine was born in Ballinger TX to Edwin and Otilia Anderle. She was the eldest of three daughters. She and her sisters, Jean Stone and Jan McDonald, were close friends through the years, regardless of the miles between them. Dorine graduated from Eola High School, where she lettered in volleyball and basketball, and was named valedictorian. She then attended San Angelo Junior College, prior to working at Shannon Hospital School of Nursing. Later, she married Lynn Dayl Jones and they lived in San Angelo TX.  Though they moved several times over the years, Oklahoma City ultimately became their home.  They had a deep love and compassion for one another and had been married for 52 years. Dorine was an administrative assistant and office manager in health care and, later, with interior design firms. She was an active parishioner at Epiphany Catholic Church in Oklahoma City for almost 30 years, and in her sorority, Beta Sigma Phi, throughout her life. Dorine was a very caring and compassionate person. She shared her strong faith with her husband and children, by teaching and through example. She was routinely known to quietly reach out to help a family member or neighbor in need. She was most often found with a smile on her face and was quick to share a laugh. Her dinner parties were not to be missed. She loved to welcome friends and colleagues into her home to share a home cooked meal. She was a wonderful cook and a talented seamstress. Dorine was a wonderful mother to her two children, Lisa (Jones) Brunner and Kevin Jones. She loved them beyond measure. Later, she welcomed her son in law, Scott Brunner, into her heart. They loved to laugh and joke together. She had a humble way of taking care of her family with warmth and support; that only expanded when she became a grandmother to Jared and Nicole. They were her heart’s delight, and she made a special effort to spend time with them. Dorine is survived by her children, son-in-law, grandchildren; and sister, Jan. She will be deeply missed. We were blessed to have known her. Eternal rest grant unto her, O Lord, and may perpetual light shine upon her. May her soul, through the mercy of God, rest in peace.