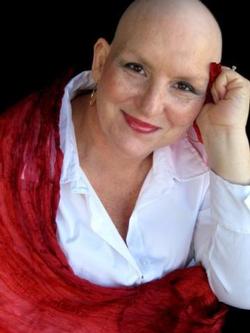 Jacquelyn Mary Snider passed away in Oklahoma City, OK Monday, July 14, 2014 at age 56. She was born December 1, 1957 to Jackie Lee Snider and Mary Charlotte Humphrey Snider Lines in Springfield, MO. At age nine she moved to Oklahoma City where she remained when her family returned to Springfield. She was baptized into the Lord's body at Eastside Church of Christ in Midwest City, OK at age 13. She was very strong and faithful in the work of the Lord's church. She was a member at Northwest Church of Christ in Oklahoma City, OK. Her Grandmother instilled in her the love of sewing at an early age. She didn't just put pieces of fabric together, she created many of the items she made. During high school she was an active member of FHA. She received her Master's of Education at a late age but loved being a teacher and having the opportunity to affect another's life. She taught costuming at the University of Central Oklahoma and family and consumer sciences, as well as being the FCCLA advisor at Summit Middle School in Edmond, OK. She fought a long battle with inflammatory breast cancer and was a strong advocate for education about this type of cancer. She was a lover of life and sought to laugh each and every day.

Jacquelyn was pre-deceased by her paternal grandparents Ennis and Audry Snider, her maternal grandparents Louis Wendell Humphrey Sr. and Ruth Miller, and her father Jack L. Snider. She is survived by her two children Saura and Truman Jack (T.J.), her mother and step-father Mary Charlotte and Cecil Lines, her two brothers Tim Snider and Ron Snider; her nieces and nephew Jennifer Reed, Elizabeth Snider, Audry Gritts, Caitlin Seitz, Brittney Snider, Jessica Murphy, Jeanna Snider, and Jason Snider; her significant other, Doug Spores; as well as many other extended family.