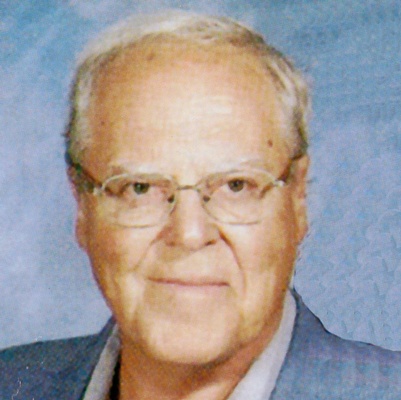 William “Bill” Bullock went to be with his Heavenly Father on September 11, 2017. He was reunited there with his 12 siblings and his son Glenn Bullock who had passed before him in 1990.

Dr. Bullock was born in Bethel, North Carolina where he resided until he graduated from high school as Salutatorian in 1950, He went to the University of North Carolina at Chapel Hill. While completing his undergraduate work, he married Louise Beverly from his home town in 1955. He finished undergrad with a BA in Chemistry, Phi Beta Kappa in 1954. He continued his schooling at UNC receiving his Medical degree in 1958. He entered the Air Force as a Captain serving in several capacities including Flight Surgeon at Grahm AFB in Florida, Director of Professional Service and Director of Aviation Medicine at Perrin AFB in Texas. He furthered his education by receiving his Fellowship in Cardiology in 1967.

In 1967 Bill moved his family to OKC where he joined several other Cardiologist in a group practice. He and his family became very involved in showing horses, establishing Pine Ridge Farm. Following the graduation of his children, he and his wife, Louise, shifted the direction of the farm to horse racing where they became prominent members of the Oklahoma racing world.

Bill retired from his medical practice in 2000. Now he was able to enjoy the company of his wife as she eased him into the workings of the horse farm. He soon became her right arm, helping with feeding, foaling out the mares and keeping the grounds in shape. He also had time to become a more active member at Highland Hills Baptist Church by serving as a Sunday school teacher and as a Deacon from 2007 until his death.

Bill is survived by his wife Louise Bullock of Yukon; daughter Sonya Bullock of OKC; grandson Jeff Murphy of OKC; and numerous family members living in the Carolinas. Bill was a warm fun loving man with a quick smile and a heartfelt hug. We will miss you.

Services will be held Thursday, September 14, 2017 at 10:30 AM at Highland Hills Baptist Church located at 7900 Devore Dr, Oklahoma City. Burial will be held at Chapel Hill Memorial Park following the service.