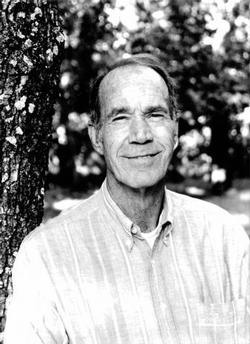 Rowland,
Elba "Eddie" was born inCushing, OKon February 9, 1937. He was 1 of 3 children born to Charles and Goldie Rowland. Eddie passed from this life on August 28, 2012 in Oklahoma City, Oklahoma, at the age of 75. Eddie grew up in southern California, where he attended all twelve years of school, graduating in 1955. He then attended Orange Coast College in Costa Mesa, California where he obtained a degree in animal husbandry. He graduated with the class of 1959. On April 30, 1960, Eddie married Janet Phillips in the Calvary Presbyterian church in Wilmington, California. On December 16, 1960 they welcomed their first son, Mark, into their lives. On January 10, 1963 they welcomed their second son, Bruce, and again a third, Steve, on January 17, 1965. He was a true family man living to see his family grow to include 2 granddaughters, Melissa Jackson & Jenifer McDonald of the late Bruce Rowland and Sue VanderHagen, 3 grandsons, Michael, Jeremy & the late Matthew Rowland of Mark and Dianna Rowland, and a great grandchild, Wyatt McDonald of Jenifer and Shannon McDonald and was awaiting another "bun in the oven!" Eddie and Jan began their adventures in California, moving to Oregon and finally settling in Oklahoma. He was a skilled wood worker who always had a tape measure hooked on his hip. Eddie loved camping, fishing, reading books, and playing with his boys. He would also never want anyone to forget how much he loved the OU Sooners! Eddie's most important accomplishment, however, was undoubtedly his family. While spending as much time as possible with his family he loved everyone unconditionally and always with a smile. Eddie was preceded in death by his parents, Charles and Goldie Rowland; brother and sister-in-law Don and Judy Rowland; son, Bruce Rowland; and grandson Matthew Rowland. He is survived by his wife, Jan; 2 sons and daughters-in-law, Mark and Dianna Rowland; Steve Rowland & Sue VanderHagen; brothers-in-law, Bob and Jack Phillips; brother and sister-in-law Terry and Kathy Rowland; aunts & uncles, Kenny Rowland, Bob and Elvira Ralston & Faye Honea; grandchildren, Kevin and Melissa Jackson, Shannon and Jenifer McDonald, Michael and Jeremy Rowland; great grandchild Wyatt McDonald; many loved nieces and nephews and a lifetime of friends. He will be greatly missed by all who knew him. Services to celebrate his life will be 2:00 PM Friday, August 31, 2012 in the Buchanan Funeral Service Chapel.