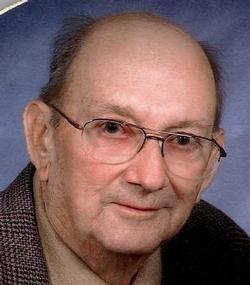 Edward M. &quot;Ed&quot; Preston passed away August 6, 2011 at the age of 75, after a 3 year battle with multiple myeloma cancer. He was born June 6, 1936 in Huntsville, MO to John and Cleo Preston. He graduated from Moberly High School in 1954 and joined the Navy following graduation. He spent 4 years in the Navy aboard the USS Toledo. After an honorable discharge he attended Moberly Junior College and worked for Clark Oil Co. and Derby Refining co. as a Regional manager until 1975. In 1975 he moved to Oklahoma and began a 35 year career in the Insurance Business. As a member of the Surrey Hills Golf Club, Ed developed a passion for golf and gin rummy with his buddies whom he loved dearly. Ed was preceded in death by his parents and brother Donald. He is survived by his wife of 50 years, Shirley and 2 sons, Mark and wife Dawn of Desert Hot Springs, CA, Dereck and wife Rebecca of Piedmont, OK; 5 grandchildren, Tyler, Ashley, Callie, Taylor and Madison; a brother Wayne and wife Laurie of Boston, MA and sister Ann and husband Bill of Kansas City, MO; nieces, nephews and cousins. The family wishes to express their deep gratitude to the Cancer Specialists of OK, Drs. Susan and Gary Grandle, the staff and nurses in the chemotherapy and radiation room, Mission Hospice for their loving, caring attention to Ed&#39;s every need during his final days. They went the extra mile! Our deep gratitude also for the cards and prayers of the Women&#39;s Club of Epiphany Parish and a special thanks also to Janet Griggs of Unity Home Health care. In lieu of flowers, memorials may be made to Mission Hospice. A Memorial Mass will be celebrated at 10:00 AM, Thursday, August 11 at Epiphany of The Lord Catholic Church.