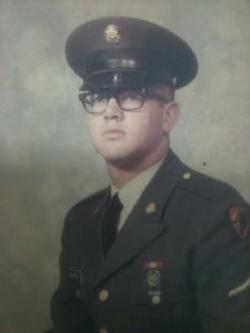 Terry Stephen Griffith was born July 3, 1947, in Oklahoma City to John and Eloise Griffith. Terry was a graduate of the Putnam City High School Class of 1965. He enlisted in the army and served in the Vietnam War. He married Barbara Nell Harris, of San Diego, CA on November 30, 1968. He was a member of Northwest Church of Christ. He was preceded in death by his parents. He is survived by his wife of 42 years, Barbara Griffith and his 3 sons, James and Karrie Griffith, Robert and Tracie Griffith, and Brian and Adrian Griffith. He is also survived by eight grandchildren Tyler, JoAnne, Kylen, LeighAnne, Madelynne, Brycen, Noah, and Colby. His brother, John Griffith and his sister, Janet Griffith. He is also survived by a large extended family. Terry Griffith known as Papa Terry or Pops will be greatly missed. Services to celebrate his life will be at Buchanan Funeral Service Chapel on Tuesday, September 20th at 10:00am. In lieu of flowers donations may be made to the Infant Crisis Center or OKC VA Palliative Care Unit.