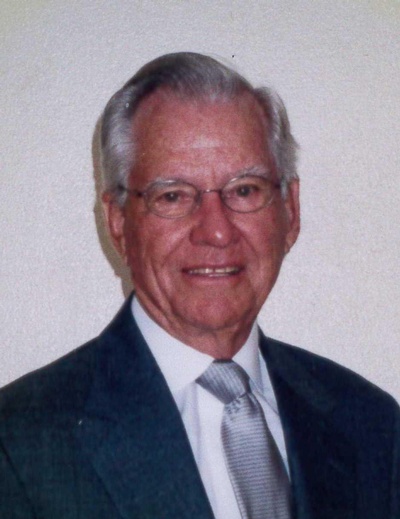 Edwin Walter Watts Jr. was born on June 30, 1925 in Muskogee, Oklahoma to Edwin and Bess Watts. He graduated from Central High School in 1943. After graduating he enlisted in the Marines and was shipped overseas a day before his 19th birthday. He was a part of the “Greatest Generation” serving in WWII. He served in the Marines for 3 years before enrolling in summer school at OU. There he met Judy, and they would have been married 70 years in October. He graduated with degrees in Journalism and Business. He owned his own business and was a longtime member and eventual leader at the First Baptist Church of OKC. He was preceded in death by his parents, sister Eunice and his twin sister Edwina. He is survived by his wife Judy, daughter Dana and husband Ron Hoppers; Daughter Julane and husband Kim Swyden; grandchildren, Kara Lane Whitmire, Trevor Hoppers and wife Kim, Clay Hoppers and wife Melody; 6 great grandchildren, Addie, Liam, Miles, Quinn, Henley and Hannah. In lieu of flowers, the family suggests donations be made to the American Cancer Society or “Ministries of Jesus” in Edmond, OK. Visitation will be Thursday, April 25, 2019 from 1-8 PM with the family present from 5-7 PM. He will be laid to rest at a private family graveside service with full military honors as he deserved. Services to celebrate his life will be held on Friday April 26, 2019 at 2:00 pm in the chapel of Buchanan Funeral Service.