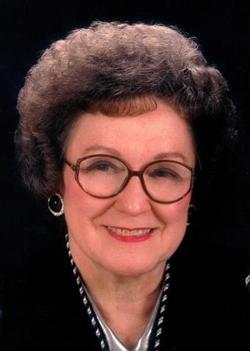 HOGAN,
Elizabeth, age 88, of OKC died March 18, 2009. She was born March 24, 1920 in Alton, MO. to William and Cloe Greer. Elizabeth married Reece Hogan in 1943 after a 2 day train ride to Florida. She worked two years, while separated from her husband, during WWII and she was known as a &quot;Rosie the Rivetter&quot; After the war she became a mother of 2 daughters, Linda and La Reeca. She was a PTA and Girl Scout leader in 1955-1957. She was a founding member and secretary of &quot;Stepping Stone&quot;, an auxillary for Oklahoma Christian University. She was a co-partner in a neighborhood grocery store located at 14th & Kentucky for 15 years. Liz worked as a beautician for 33 years in her shop behind her home. She taught a 2 year old bible class for 20 years as a member of Mayfair Church of Christ. She was preceded by her husband and is survived by both daughters, Linda Hogan of Sallisaw, OK and La Reeca Herndon of Oklahoma City; 3 grandchildren, Rachel & Rob McKinzie of Little Rock, AR., Michael & Janna Herndon of Barling, AR., Anna & Luke Byler of River Ridge, LA.; 2 great-grandchildren, Adison McKinze, Emily Herndon and one on the way. Services will be 10:00 AM, Saturday, March 21st at Mayfair Church of Christ with interment at Memorial Park Cemetery.