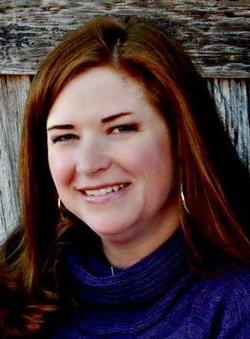 Erin Dawn Wells was born in the late afternoon of May 17, 1973 to proud parents, Bob and Berniece (Stevens) Wells, and she was tragically taken from this world in the early hours of November 19, 2014.Since she suffered from a profound hearing loss from early childhood, school was often very difficult and required a great deal of effort.Overcoming her handicap, she graduated from Edmond Memorial High School in 1991 and the University of Central Oklahoma in 1998 (B.B.A. Human Resources).During high school, she played on the EMHS Varsity Volleyball team as a very talented setter.Never one to give up, she battled through a torn ACL, the resulting surgery and rehabilitation to play with her team in the State Tournament her senior year.She was a Past Honored Queen and Majority Member of Bethel #2, OKC, International Order of Job's Daughters; proudly serving as Big Sis to several girls, including NaTessa (Riley) Harp.She was honored with the Degree of Royal Purple for her continued work with the girls as an adult.She supported the H.I.K.E (Hearing Impaired Kids Endowment) Fund, and she was very appreciative of their financial assistance during her youth.With their generosity, her parents were able to purchase a pair of hearing aids that helped her overcome the main obstacle of her childhood.

Beginning at age 14, Erin volunteered as "Candy Striper" at Edmond Memorial Hospital for two summers.At age 16, she began working at the OKC Zoo.After her junior year in high school, she went to work part-time for Carl Swanson in the IT Department of Langsam Drug, and after graduating, she became a full-time employee.For the past 24 years, she worked for what is now Sequoia Health Services/Omnicare.She spent most of those years in the Human Resources department.She enjoyed working with many people over the years, especially her boss and dear friend, Sandi Lenhart.Motherhood was a life-long dream that she feared would never be fulfilled. However, Erin's life was made complete upon the birth of her daughter, Caetlyn.She took every opportunity to spend time with her daughter, and she was always taking her to try new activities.Erin was an active member of the Northridge Elementary PTA, and she served as the chairman of the Daddy/Daughter Dance committee.Erin was a very creative and artistically gifted person.She enjoyed going to "painting nights" on a regular basis to be able to indulge her creative side and spend time with friends.

Erin was one of those people that never let her friendships slip away through neglect.She was always "catching up" with someone, since she was the kind of friend that wasn't separated by time or miles.To her, others came first, and promises mattered.For her, the only kind of relationships that were worth having was the lifetime variety.Most of her friendships span decades, and she was always making new ones. Those of us that were blessed to have the privilege of having Erin in our lives, whether for years or a few moments, have been forever touched by her loving (and brutally honest) soul.

She is preceded in death by her mom, Berniece, several grandparents, and her beloved dog, Jake.She is survived by her daughter, Caetlyn; dad, Bob; sister and brother-in-law, Cyndy & Robert; nieces & nephews, Maxwell, Ettalyn, Avery, and Jacob; grandmother, Dorothy; numerous aunts, uncles, cousins, in-laws, and many, many friends.