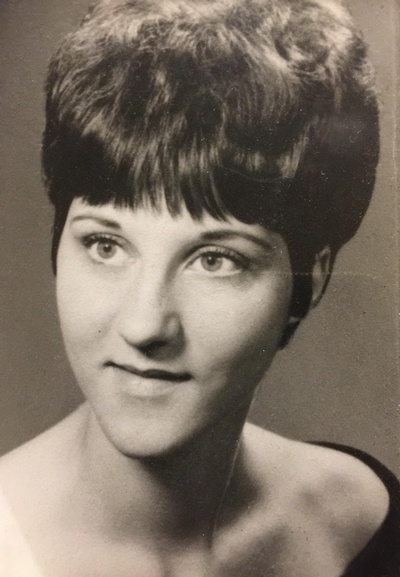 Francene Stepanich was born August 17, 1946 to Henry and Agnes Stepanich in Neodesha, KS. She attended Neodesha High School where she was active in a myriad of activities from student government to choir (and everything in between) and received a multitude of accolades from poetry and science awards to basketball princess. By the time she graduated in ’64 – Francene had done it all.

After graduation, Francene attended the University of Kansas in Lawrence. It was there she followed in her mother’s footsteps and began her pursuit of a career in nursing. While at University, she met Gerald Weatherby who was a graduate student at the same time. They married in October of 1968. That same year, Francene graduated with a Bachelor’s of Science in Nursing.

With a career spanning more than 40 years, Francene helped educate and mold generations of nurses. Beginning in Sault Sainte Marie, MI at Lake Superior State University (formerly College) as a fledging professor, she retired from the University of Oklahoma in 2016 holding a PhD and achieving the role of Assistant Dean.

Francene was never content to simply “do her job”. In addition to teaching, she actively participated in and led many professional organizations such as the Oklahoma Board of Nursing, President of the Oklahoma Nurses Association, the Oklahoma League of Nursing, and chair of Sigma Theta Tau Delta Chapter to name just a few. Dr. Weatherby is a published author and has even helped develop legislation. Her expertise has been shared both in the US and abroad. The many contributions Francene made to the nursing profession have been formally recognized time and time again – her latest being the Florence Nightingale award in 2018.

Francene was also an active member of the Catholic Church. She sang in the choir at The Cathedral of Our Lady of Perpetual Help in Oklahoma City as well as the Canterbury Choral Society. These groups gave her the opportunity to travel and perform internationally including Rome, Italy to perform for Pope John Paul II.

While Dr. Weatherby excelled in her academic and professional pursuits, probably her greatest accomplishment was as mother to two daughters – Tracy and Allison.

Francene made a significant impact on countless lives during her time. Sigma Theta Tau-Beta Delta wants to ensure that her legacy lives on and will be awarding a yearly “Francene Weatherby Memorial Scholarship”. Memorial donations can be made in her honor by mailing checks to:  Sigma Theta Tau-Beta Delta c/o Fran and Earl Ziegler OU College of Nursing, 1100 N. Stonewall, OKC, OK 73117.