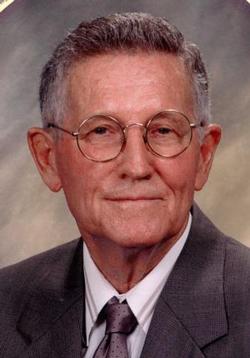 Psalms 51:5 "I was born a sinner, yes, from the moment my father and mother conceived me." My name was Frank Lee Nelson. I was born at Sacred Heart, OK, on July 21, 1926, to Lee Middleton Nelson and Grace Bell Nelson (Stephens) who are both dead. I had one brother, Ray Eugene Nelson, who is also dead. I married Faye Lavaughn Rollins on January 6, 1952, in Konawa, OK. We had three children; Frank Eric Nelson (January 2, 1953), Paul Anthony Nelson (February 29, 1956) and David Lee Nelson (December 9, 1968). All of the persons named above were conceived and born of the flesh as sinners, but later in life were born again.

John 3:6-7 "That which is born of the flesh is flesh; and that which is born of the Spirit is spirit. Marvel not that I said unto thee, ye must be born again." We could only give to our children a sinful body of flesh and blood, which was of no eternal value, but would return to dust from which it came. In order for our children to be born again, they must allow God to give them a new Spiritual body, because the old flesh and body that we gave to them was dead toward God. The things that only God could give to our children were of eternal value, but the things that we gave to them were only of temporary and earthly value. The greatest victory in our lives was not something that we did for our children, but something that God did for our family. Romans 10:8-10 "For the secret is very near you, in your heart and in your own mouth! It is the secret of faith, which is the burden of our preaching, and it says if you openly admit by your own mouth that Jesus Christ is Lord, and if you believe in your own heart that God raised Him from the dead, you will be saved. For it is believing in his own heart that makes a man righteous before God, and it is stating his belief by his own mouth that confirms his salvation."

In my early spiritual life my favorite Bible verse was James 4:7, but in later in life it was Romans 7:24. If you want to know what they say, look them up! It costs me 6 dollars and 2 cents a line to have them published.