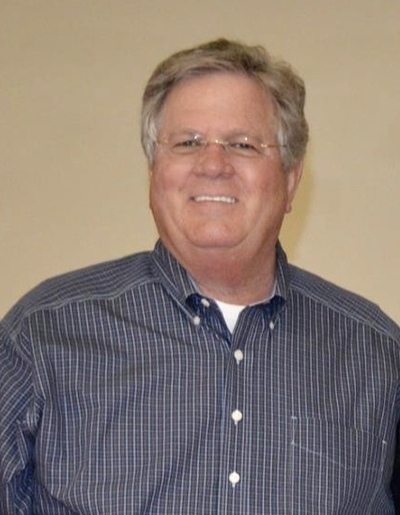 Gary D. Tucker Sr, 72 of Oklahoma City, happy, healthy and enjoying life to its fullest, suddenly became ill with COVID and was unable to survive it. Gary was a fighter and fought hard for his life up until he took his last breath the morning of January 1, 2021.

Gary graduated from Del City High School with the class of 1967. During his senior year he met his soon to be wife, Barbara. He asked her to marry him on their second date. Their last anniversary, they celebrated 52 years of marriage. After high school, Gary enrolled at the University of Oklahoma and began working on his Accounting Degree. The Vietnam War was going on and it wasn’t long before his name came up on the draft. Gary chose to enlist in the Air Force in hopes of being able to continue working on his degree. After basic training, Gary’s first assignment was to Keesler AFB, Biloxi where he trained in electronics. His second assignment took him to Williams AFB, Mesa, AZ. Gary managed to continue to work on his degree while in Arizona. In 1973, Gary applied for an electronics instructor position at Keesler AFB, Biloxi, MS and was accepted. Gary, his wife Barbara and their two sons returned to Keesler AFB, MS. While at Kessler AFB, Gary entered the Officer’s training program and enrolled at the University of Southern Mississippi, Hattiesburg, MS where he graduated with a degree in accounting.

With his degree in hand and his military obligations completed, Gary and his family returned to Oklahoma to pursue his goal of becoming a CPA with a major accounting firm. He immediately secured employment with Arthur Anderson Accounting Firm as a CPA. He continued to work hard and kept resetting his goals as he climbed the corporate ladder of success. He held a variety of employment positions through the years and was associated with major corporations in positions as COO and CFO. Gary completed his MBA at Texas A&M Commerce and taught as an adjunct in accounting there. Gary’s wife Barbara was a real estate broker, so he did a lot of residential and commercial real estate investing through the years. He was part owner and operator of a large marina on Lake Eufaula. Gary loved being on and around the water. He spent lots of family time at the lake building bonfires, boating and eating. He loved good food. His favorite meal was meatloaf, fried potatoes, a big pot of ham and beans with a side of spinach. We always knew when we were making something he really liked, because we could her him humming.

Through the years, as busy as he was, he never lost sight of the things that were most important to him, his family and his love for God and his country. He was a member of the Church of the Servant. He treasured the time he spent with his children and grandchildren. He spent lots of time with his sons, not only doing fun things, but helping them to learn different skills such as building, electrical and plumbing knowledge, how to work on their cars, trucks and boats, how to plant flowers, trees and grow a garden, how to manage money, how to treat people and the importance of education and religion. He played an important role as Grandpa and was always excited to attend school activities with the grandchildren. Gary Tucker was a fountain of knowledge and could talk about anything with anyone. He loved life, loved his family and friends and was just about as happy and content as he could be.

Go to buchananfuneralservice.com to watch the service live.