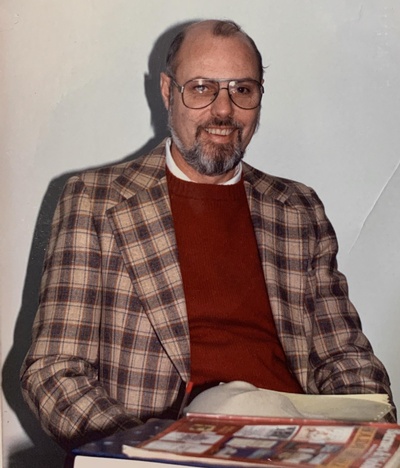 He attended elementary school at South School in Neodesha and graduated from Neodesha High School with The class of 1958.  In his high school years he was a star basketball player, an outstanding science student winning many honors at local, regional, and state science competitions and an exceptionally fine bass in the school’s male quartet and honor choir.

Following high school, Gerald was proud to attend the University of Kansas where he received a bachelor’s degree in chemistry in 1962 where he graduated second in his class. He worked briefly for Monsanto Chemical Company in East St. Louis before returning to the University of Kansas for a second baccalaureate degree in education.  He taught high school chemistry at Parsons High School for 2 years before heading back to the University of Kansas – this time at the KU Medical Center in Kansas City – to complete a PhD in Biochemistry.  It was while he was at the KU Medical Center that he met the love of his life – Francene Stepanich.  They were married on October 26, 1968 and had 2 daughters – Tracy Diane and Allison Ann.

Gerald began his teaching career as an Assistant Professor of Chemistry at Lake superior State College (now University) in Sault Sainte Marie, Michigan.  In 1981, the family moved to Oklahoma City a where Gerald took a position as chair of the chemistry Department at Oklahoma City University. He retired from the university in 1999.

When asked what memories of Gerald were the top three, the answer came quickly.

First: He loved his daughters Tracy and Allison. He showed his love in multiple ways every day as the following examples illustrate.  He was the first to sign up to help coach various sport teams. He was always ready to help with schoolwork – especially science projects. He and Tracy worked on a project dealing with amino acids. For Allison, Gerald helped her with a project that analyzed the amount of water in various foods.  He helped his girls learn about nature through road trips and camping trips in the Michigan’s Upper Peninsula and Ontario, Canada.  He taught them about the history of geography of their country through a Bicentennial tour to Washington DC and Philadelphia, PA and a major ‘Big Trip’ tour through 17 states in the Midwestern, Western and South Western United States. He was up early in the morning (5:00AM!!) to take the girls to ice skating lessons/practice. Gerald always had a ready ear to listen and help solve problems or concerns.  He had a passion for teaching his girls and could make the most complex chemistry concept understandable through extensive explanations and use of models and drawings.

Second:  He loved sailing. He bought a 19-foot sailboat and spent many hours on the waterways around Michigan’s Upper Peninsula.  One of the biggest memories here was a sailing trip Gerald took with his two best friends Leonard and Chuck in November.  The three seamen had not been out long on the Saint Mary’s River (the connection between Lake Superior and Lake Huron) when a storm rose up.  In going forward to bring down the sail, Gerald was knocked overboard into the freezing waters. He was the only person on board who knew how to sail!!  As waves rose and ell he was able to yell instructions to his mates all the while being dragged under the water by his water logged clothes.  All ended well – Gerald washed up onto a concrete channel marker and was picked up by the Coast Guard.  Leonard and Chuck were able to cut down the sail and run the boat aground on a nearby island.  Needless to say the wives of the dynamic trio were not amused by this little escapade.  But Gerald loved sailing and this incident did not end his ‘adventures in sailing’.

Third:  Gerald loved running. What started as a daily noon run with friends at the athletic center turned into competing in numerous runs.  He even did several marathons.  Eventually he was able to get Francene, Tracy and Allison involved in several of the shorter runs – or in Francene’s case – a one-mile walk.  Even more than the running, Gerald loved the fellowship of many friends who joined in this activity.

While these memories were the top three, so may other memories show the diverse interests and talents of Gerald:

Gerald is survived by his wife of 50 years – Francene;  his daughter Tracy and her wife Krysta;  his daughter Allison and her husband Kelly and their son Jon; and finally his brother Kent and his wife Marcia.  He is preceded in death by his parents Howard and Izil.

Gerald’s life was a precious gift to everyone who knew him. He will be dearly. If you would like to make a donation in lieu of flowers the family asks that donations be made to the Pets and People Humane Society in his honor. https://www.petsandpeople.com/donate