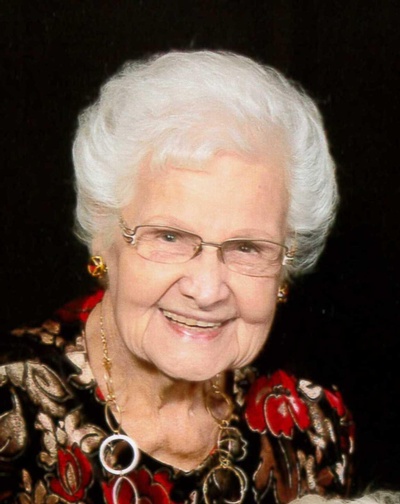 Herma was born in Earlsboro, OK. She grew up in Dewar, OK, graduating from Dewar High School in 1948 at the age of 16. She received a scholarship to attend Oklahoma A&M, however due to family illness was not able to attend. On Christmas Eve of 1949, Herma Carr and Ralph Langwell were married. Janet Langwell was born in 1953, Debra Langwell was born in 1958 and David Langwell in 1967. After 24 years of marriage and three children, Herma returned to college. She went on to obtain her Bachelors degree in education in 1976 and a masters degree in 1979 from the University of Oklahoma. Her professional career included teaching in Oklahoma City Public Schools before moving to Hominy Oklahoma following her husband’s retirement and career change. Herma was employed by Hominy public schools beginning in 1980. She served at Horace Mann Elementary school as a remedial reading specialist and eventually went on to become principal. She served in that capacity until her retirement in 1996.

Herma was a devoted Christian and was always active in her church. She was a lifelong Southern Baptist, attending and serving at Southern Hills Baptist Church, First Baptist Church of Hominy, Highland Hills Baptist Church and Brookwood Baptist Church. Through the years she served as Sunday school teacher, vacation bible school director, and youth volunteer among many other roles as called upon. If she could stress two things to anyone reading this, it would be a relationship with Jesus Christ and obtaining an education.

Herma is preceded in death by her husband Ralph Langwell, her son in law Gary Brown, her mother Robbie Carr, her father Herman Carr, her grandmother Dona Belden, and her dear lifelong friend Doris Phillips as well as other friends and extended family.

She is survived by her two daughters, Janet Brown and Debra Reich, and her son David Langwell. She has four grandchildren, Michael Brown, Heather Rogers, Taylor Reich and Ryan Langwell. She also has four great grandchildren, Tristan Brown, Aubrey Rogers, Addison Rogers and Gabriel Brown. Herma leaves behind many other friends and extended family, as well as a legacy of education and service to Christ.