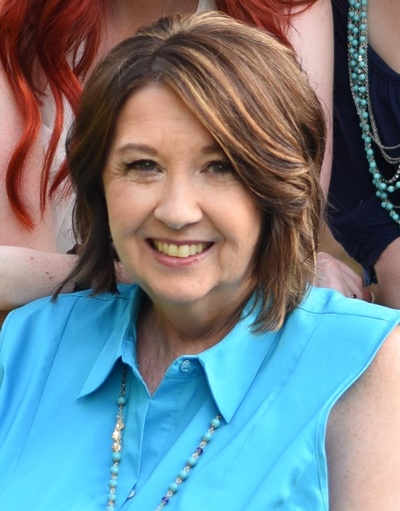 Jackie Lee Elledge was born to James and Blanche Elledge on December 16, 1958 in Tecumseh, MI and departed this life on Tuesday, November 21, 2017 in Oklahoma City, OK.  She was 58 years of age.

Raised in Adrian, MI, Jackie graduated from Madison High School and went on to earn a Master’s Degree and was completing a doctoral dissertation when she became ill.  She spent the majority of her career working in higher education recruiting and advisement.  Jackie loved helping people connect with a career and work through the obstacles to achieve their dream.

To those who became her friend, Jackie offered encouragement, belief and support. She extended hospitality, acceptance and support for all in need.  She had a profound ability to love, accept, forgive, support and give encouragement.  Her heart was filled with gratitude to all who supported her during her illness. Even in her illness, she was quick to smile, laugh and see humor around her. Her faith in God sustained her soul.

She was an avid reader.  To say this is an understatement.  On any given day she could be found curled up in a corner with a fuzzy blanket reading a good mystery.  She was also a fan of a murder mystery or adventure movie.  Even though in a wheelchair and sporting a wig, she made her way just 9 days before her passing to see “Murder on the Orient Express” with her daughters, Alisha and Ashley.  Her favorite movie this summer was “Wonder Woman.”  She was encouraged by a film that showed support for women as heroes with strength and intelligence.

Jackie adored her family.  Her girls were the center of her purpose, along with her grandchildren.  She fought for them when needed, supported their causes and loved to be near them.  Her sisters and brother were her closest friends.  They were never far from her thoughts.  Her friends also occupied her heart.  In recent years, she enjoyed dinners, movies and long conversations with her friends that fueled her strength.

She is preceded in death by her father, James Elledge. She is survived by her mother, Blanche Elledge;  her daughters Alisha L. Allen Gardner and husband Chuck; Ashley E. Spence and husband Bobby; a sister Diane Salter and husband Patrick; a sister Brenda Gilbert and husband George and a brother John Elledge and wife Karen.  Her legacy includes 5 grandchildren named Phoenix, Hunter, Paisley, Pierce and Addi. Also left behind are her nephews and a host of caring friends.

A celebration of her life will be held Monday, November 27, 2017 at 2:00 PM at Buchanan Funeral Services, 8712 N. Council Rd in Oklahoma City.  A graveside service will be held following the celebration at Spring Creek Memorial Cemetery, 14300 N. County Line Road, Oklahoma City.  Visitation will be Sunday, November 26, 2017 from 1PM until 8PM.  Family will receive visitors and friends from 4 PM until 6 PM. In lieu of flowers, donations may be made to Jackie’s Memorial Fund care of Buchanan Funeral Services.