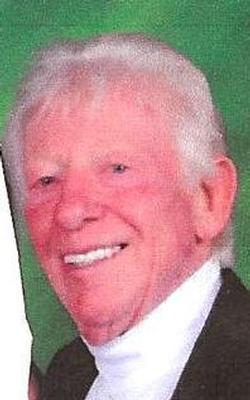 James "Butch" Cowan went to be with the Lord, March 29, 2013, following a short battle with lung cancer. He was born to Lera Faye and John Solon Cowan in Lampasas, TX on November 1, 1940. He graduated from Lampasas High School, then attended college at Sul Ross State university in Alpine, TX. He then went to work for the Forestry service in Idaho. Following that he went into traveling sales and worked for Swank Industries and Catalina, as well as several other companies over the years. He started in the oilfield in 1978 and formed CCI Services Inc in 1979. He was a proud member of ISOT and acted as Grand Poo Bah for one year. He was a 32nd degree Mason and Shriner. He was the past president of the Mustang Rotary Club. Butch loved sailing at Lake Hefner and was a founding member of the Lake Hefner Sailing Club. He enjoyed riding his motorcycle with the Oklahoma Chapter of Wind and Fire as well as traveling and playing golf with friends and family. He had many loves and lived life to its fullest. He was such a caring and giving person always willing to help those in need. Butch was preceded in death by his parents and is survived by his wife Sondra of 40 years, his son Joe Don and wife Sherri Cowan of Granbury, TX; daughter Cayce and husband Mike Morse of Pearsall, TX; daughter Kendra Cowan of Yukon, OK; grandchildren Holli and husband Andrew, Maci and Cole. There will be no funeral services at this time. A private memorial will be held at a later date.