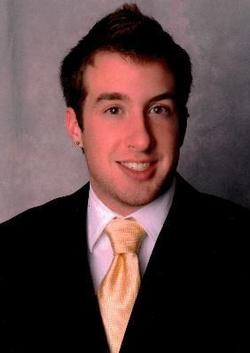 HAMMETT,
James Corey, 19, of Piedmont, OK, passed away Thursday, July 2, 2009 after being involved in a fatal car accident. He was a resident of OKC until moving to Piedmont his sophomore year of high school. Corey was a 2008 graduate of Piedmont HS where he lettered in football his sophomore thru senior years. He had a love for music, motorcross, and spending time with family and his many friends. During his freshman year at the University of Central Oklahoma, he was a proud brother of the Sigma Nu Fraternity. Corey was preceded in death by grandparents, Velma Sue & Paul Goode of Chesnee, SC and James C. Hammett Jr. of Cowpens, SC. Corey was the son of Beth Parrett and her husband David of Piedmont; his father Chuck Hammett and his wife Cathey of Spartanburg, SC. He was the grandson of Diane & Leroy Daniels of Spartanburg, SC. He was the loving brother of Austin & Brett Parrett. Corey is also survived by many aunts & uncles, Brent Hammett, Mike Daniels, Vicki Greene, Anne & Cliff Parrett, Ann & Steve Goode, plus multiple cousins. Services to celebrate his life will be 2:00 PM, Wednesday, July 8th at Piedmont First United Methodist Church. There will also be a funeral Service on Saturday, July 11th at 11:00 AM at Southside Baptist church in Chesnee, SC. The family will receive friends and loved ones an hour prior to the service in the Fellowship Hall. A Graveside service will immediately follow the funeral at Spring Hill Memorial Gardens in Chesnee, SC. In lieu of flowers, the family requests that contributions be made to the Corey Drama Hammett Memorial Scholarship Fund, Union Bank, PO Box 12669, Okla. City, OK 73157. It would be Corey?s wish to help another Sigma Nu brother in need. Buchanan Funeral Service is in charge of arrangements in Oklahoma City, and Graceland Funeral Home is in charge of arrangements in Chesnee, SC.