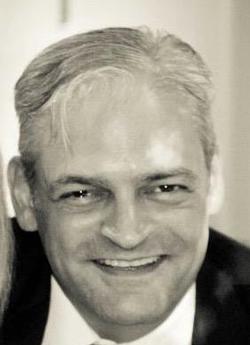 James Matthew Williams passed away on April 3, 2017. Matt was born to Eddie and Fran Williams on February 21, 1968 in Oklahoma City. He spent his early years playing baseball, football, basketball, and running track. He was an excellent athlete and received many awards. Matt graduated from Christian Heritage Academy in 1986. He graduated from the University of Oklahoma in 1990 with a B.A. in Political Science and earned his J.D. from OU Law School in 1993. Matt was an avid Sooner fan and attended as many OU sporting events as he could.

On August 13, 1994, Matt married the love of his life and best friend Lori McAtee Williams. Lori shared Matt's faith in the Lord and his love for OU sports, and they passed both on to their four children, James, Allison, Mitchell, and Lauren.

Matt was a devoted husband, father, and son. His kind heart and sense of humor made him a blessing in the life of everyone he knew. He had a unique way of making everyone feel special. Matt was a determined provider for his family, founding his own local small business in 2013.

Matt was preceded in death by his brother, Rick Adamson. He is survived by his wife Lori; his children, James, Allison, Mitchell, and Lauren; his parents, Ed and Fran Williams; his brother, Scott, wife Mary, and their four children; his sister Sandi Cobb, husband Steve, and their seven children; and eight other nieces and nephews. A memorial celebration of Matt's life will be held April 6, 2017, at 10:00 a.m. at Bridgeway Church, 228 W. Hefner Road, OKC, 73114.