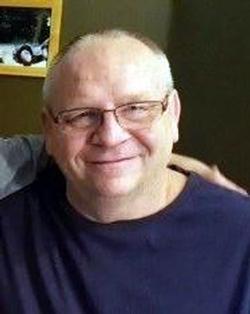 Jeffery Jay Roberts, known to all as Jeff, passed away at the age of 57 on June 5th, 2017. He was born in Seminole, Oklahoma on January 27th, 1960. Jeff graduated from Chandler High School and attended Northeastern Oklahoma A&M where he met the love of his life, Tamara Warford. They were married on August 2nd 1980 in Jasper, Missouri. Jeff lived with his family in Oklahoma, Missouri, and Florida. Jeff was a manager in manufacturing, sales, and business administration. He was known as a valued and trusted employee for several companies throughout his life. Jeff was a self-taught handyman who was known to be able to fix or make anything. He loved to watch old westerns and action movies with his son and grandson. Jeff loved to tickle and play with his son and grandson, his nieces and nephews, and great niece. He enjoyed talking about cars, video games, history, and politics with them as well. Jeff was survived by his loving wife, Tamara, by his son Cory, his daughter-in-law Vanessa, and his grandson Alexander. He was also survived by his mother Sue and his father and step-mother J.B. and Delaine and her children. He was also survived by his siblings Kelly, Todd, Scott. He was also by numerous nieces, nephews, and one great niece. Jeff will always be most remembered as a loving husband, wonderful father, amazing grandfather, devoted son and brother. A reception to celebrate his life will be Saturday, July 15, 2017 from 4-6 pm at Buchanan Funeral Service.