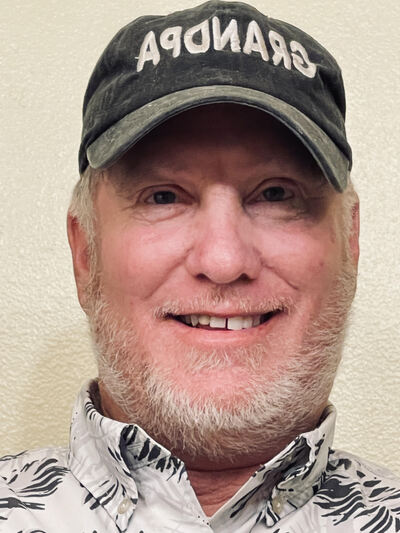 To view the livestream of Jeff’s service, Please Click Here.

Jeffrey Bland, age 63, went to be with his Heavenly Father on June 3, 2022. He was born February 2, 1959 in Sacramento California to Truman and Roberta Bland. He grew up in California. Jeff met Ranee and they became best friends, fell in love, and got married June 3, 1983. They made their home together in California where they raised their children Eric and Michelle. Jeff was the head supervisor of Raley’s bakery and deli, where he received a great promotion taking his family to Albuquerque, New Mexico where they lived for several years. During his time in New Mexico Jeff and Ranee owned several businesses together.

June 3, 2021 Jeff, Ranee, Eric and his daughter Riley packed up and moved to Oklahoma to be with their daughter Michelle, her husband Josh, and their two boys, Skylar and Ryder Brooks. Jeff and Ranee were new members to the North MacArthur Church of Christ, but developed true friendships in a short amount of time.

Jeff had a charismatic personality and NEVER met a stranger. Jeff was great at so many things in his life BUT was TERRIBLE at two things; one, he could not remember people’s names EVER, and two, he was the world’s worst speller. Mizewell (“might as well”) not even worry about spell check because the words were spelled so wrong they were unrecognizable.

Jeff enjoyed many things in his life but his greatest joy was being grandpa to Riley, and Papa to Skylar and Ryder. He is survived by his wife Ranee Bland; his daughter and son in law Michelle Brooks and Josh Brooks; his grandsons Skylar and Ryder Brooks; his son Eric Bland; his granddaughter Riley Bland; and by many other family members in surrounding states.